We were working hard on Jen Mallo’s campaign graphics when Jen introduced us to Liz Walsh, a contender in the Howard County District 1 elections. Liz had a half-done logo and had lost contact with her designer, and was stuck with no way to implement her design vision for her campaign. We stepped in and completed logo development, and then created all the rest of her supporting campaign graphics and branding — tees, highway signs, yard signs, postcards, and social media graphics and frames. 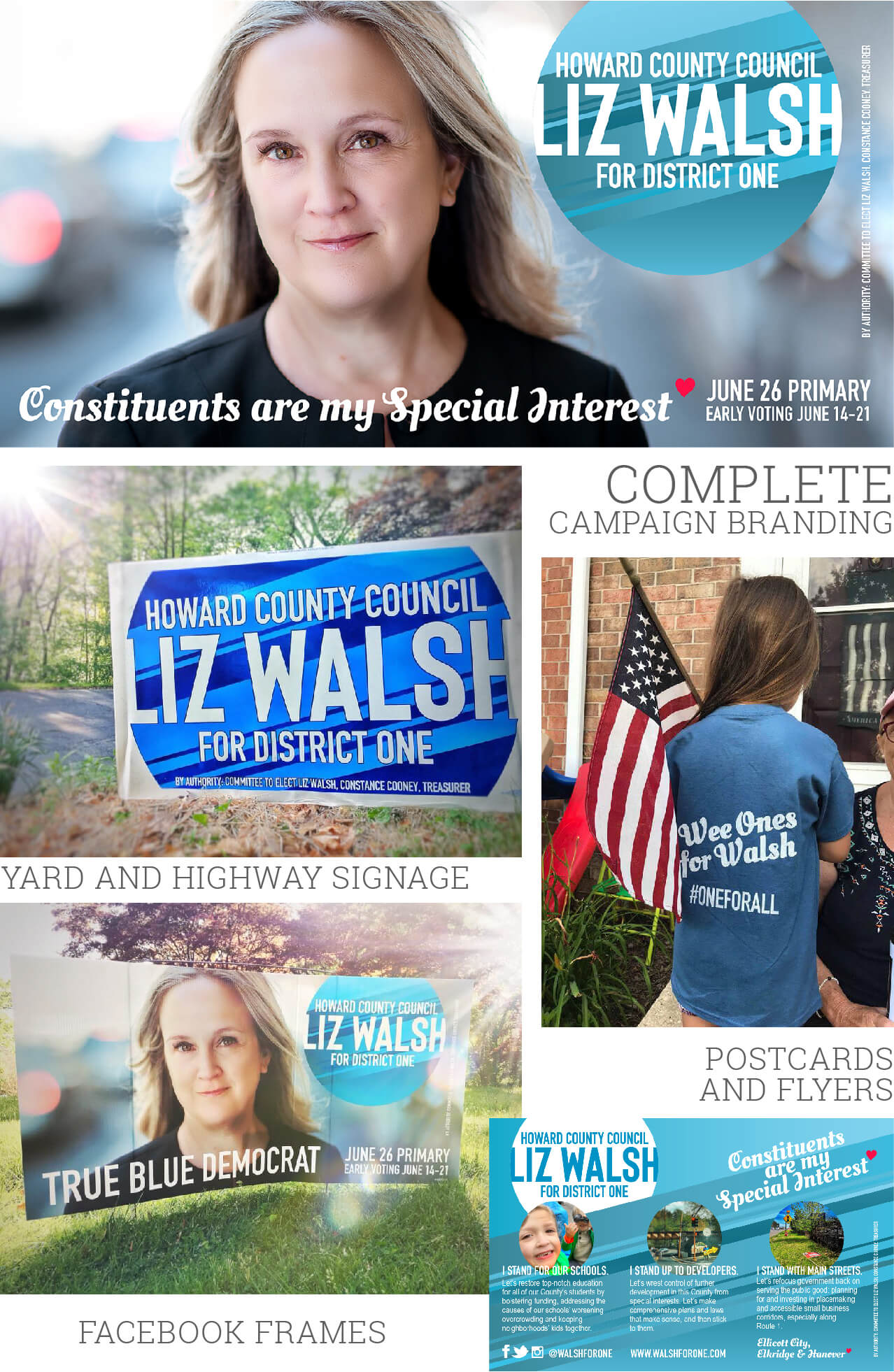